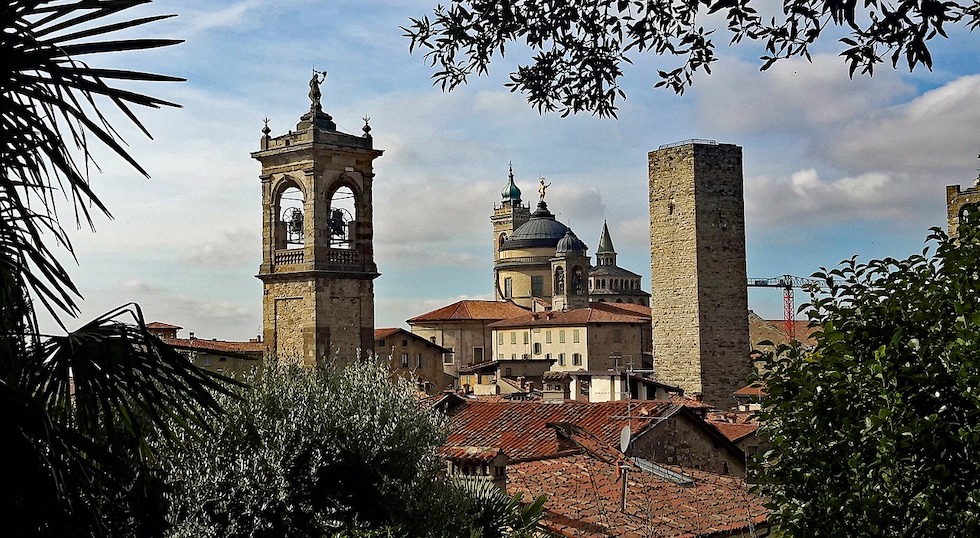 Bergamo is an Italian comune located in the Lombardy Region in the north of the Italian peninsula. The city of Bergamo is divided into two parts, the upper city that is a little higher and where almost all the monuments are located and the lower city is the part that is a little more modern and urban.

Bergamo is one of the Italian cities that have kept the walls of ancient times that protected the city to this day and still retain their original appearance.

If we talk about the city of Bergamo, we cannot forget the famous traditional dish: Casoncelli. This is the traditional dish alongside polenta. This dish is made with fresh pasta and stuffed with meat, they are undoubtedly a delicious dish of the Bergamo cuisine.

This dish was born in the 12th century, a very old dish with a lot of tradition. Along with Casoncelli, very similar are Ravioli, Tortelli, Agnolotti, all these types of stuffed pasta. This type of stuffed food was originally known as a dish for parties and for big occasions reserved for wealthy families.

The story goes that the name of this famous pasta comes from the Latin word “caseus” which means cheese. But according to other testimonies the term casoncello, referred more to a small calzone and hence the name.

In this article we will introduce you to the original recipe.

a cup of red wine 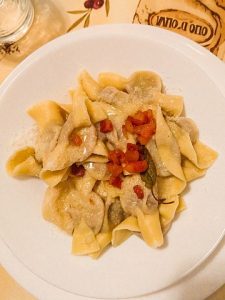 Prepare a sauce with the herbs and brown the meat, add the broth and wine and continue cooking for a couple of hours.

Then pass the mixture in the blender adding the grated cheese, the breadcrumbs and the egg.

Then prepare the dough by mixing water, flour, eggs and salt, then roll out and cut into circles.

In the center of each dough add a little of the filling, then fold the dough into a crescent shape and carefully seal the edges.

Then dry the casoncelli, and cook them in boiling water.

Meanwhile, in a skillet, prepare the seasoning and melt a little butter and add the sage and plenty of grated cheese and it is ready to eat.