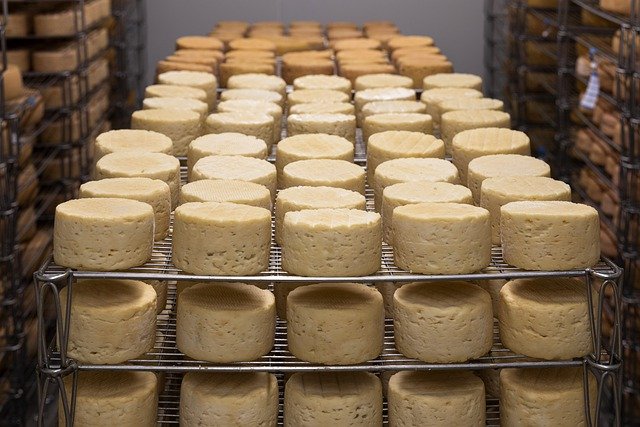 It’s official and it’s getting closer and closer: we’re talking about Bra Cheese Festival 2021.
Expected after the pandemic and wanted by everyone, it is the largest international event dedicated to raw milk cheeses and forms of milk and will be held from 17 to 20 September 2021.

To announce the dates of the thirteenth edition are the organizers, the City of Bra and Slow Food, who have decided to give a signal of optimism and a restart to all those linked to this event and to what it represents. First of all the world of quality cheese, which as every two years will meet in the Piedmontese town, the territory that has always hosted the event, but also the catering and hotel hospitality sectors, among those hardest hit by the crisis triggered by the pandemic. .

The Bra cheese obtained the protected designation of origin in 1996. The disciplinary recognizes the area of the province of Cuneo for the production and adds the municipality of Villafranca Piemonte only for the aging of the cheese.
Bra is a mountain or mountain cheese and must be produced with cow’s milk (mixed goat or sheep in a minimum percentage), coming exclusively from animals reared in the province of Cuneo, fed with forage on the verdant pastures of the Piedmontese mountains.
It is possible to find it in two types, both DOP: soft and hard. The difference between the two types lies in the processing and maturation times: the Bra tender has a maturation time ranging from 45 to 60 days, while the Bra Duro must mature at least 120 days.

Bra cheese is the key ingredient in many local Langhe recipes such as, for example, in Donderet, homemade potato gnocchi topped with cheese melted in milk.
In the cheese platter, the Bra Tenero is at the beginning of the path, among the semi-hard and fresh cheeses, while the Bra Duro is at the end, among the mature and intense cheeses to be combined with jams.
Bra Tenero is versatile and suitable for making fillings or stringy sauces for pasta, gnocchi, risotto or savory pies with seasonal vegetables.

Bra Duro, on the other hand, with its intense flavor, is excellent grated or cut into flakes with a few drops of balsamic vinegar to contrast the sweet flavors of some dishes.

This information makes us understand the importance of this long-awaited Festival and how cuisine always manages to be a fundamental element of numerous initiatives for our country.

Stay up to date on Italian festivals, holidays and traditions by following us on our socials.